The Myth of the “Knowledge Economy”

Only 25 Per Cent of All Americans Go to College and Only 16 Per Cent of These Actually Try to Learn Anything. Welcome a Nation of Helots.
By Alexander Cockburn • Counterpunch • March 23, 2012 • 1,600 Words 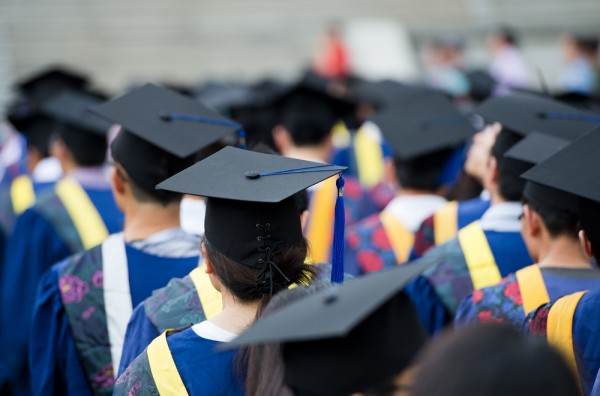 “In the 21st century, the best anti-poverty program around is a first-class education,” President Obama famously declared in his 2010 State of the Union Address, just as millions of high schoolers across the nation were embarking on the annual ritual of picking their preferred colleges and preparing the grand tour of the prospects, with parents in tow, gazing ashen faced at the prospective fees.

The image is of the toiling students springing from lecture room to well-paying jobs demanding advanced skills in all the arts that can make America great again – outthinking, outknowing the Chinese, Japanese, Indians, South Koreans and Germans in the cutting edge, cut-throat high tech economies of tomorrow.

Start with the raw material in this epic knowledge battle. As a dose of cold water over all this high-minded talk it’s worth looking at Josipa Roksa and Richard Arum’s recently published “Academically Adrift: Limited Learning on College Campuses.” The two profs followed more than 2,300 undergraduates at 29 universities, selected to represent the range of America’s 2000-plus four-year college institutions. As resumed by Steven Kent in Daily Finance:

Among the authors’ findings: 32 per cent of the students whom they followed in an average semester did not take any courses that assigned more than 40 pages of reading per week. Half did not take any courses in which more than 20 pages of writing were assigned throughout the entire term. Furthermore, 35 per cent of the students sampled spent five hours or less a week studying alone.

Typical students spent about 16 per cent of their time on academic pursuits, and were “academically engaged,” write the authors, less than 30 hours a week. After two years in college, 45 per cent of students showed no significant gains in learning; after four years, 36 per cent showed little change. And the students who did show improvement only logged very modest gains. Students spent 50 per cent less time studying compared with students a few decades ago.

Students who majored in traditional liberal arts fields like philosophy, history and English showed ‘significantly higher gains in critical thinking, complex reasoning and writing skills over time than students in other fields of study.’” But of course these are the courses and instructors being ruthlessly pruned back.

One of the study’s authors , Richard Arum, says college governing boards, shoveling out colossal sums to their presidents, athletic coaches and senior administrative staff, demand that the focus be “student retention,” also known as trying very hard not to kick anyone out for not doing any measurable work. As Arun put it to Money College, ”Students are much more likely to drop out of school when they are not socially engaged, and colleges and universities increasingly view students as consumers and clients. Unfortunately, there is no guarantee that all students want to be exposed to a rigorous academic program.”

Rick Santorum briefly struck out at ingrained snobbery about going to college: “President Obama once said he wants everybody in America to go to college. What a snob.” Amid howls from Republican governors, this was a piece of derision it didn’t take him long to retract. Actually, it turns out only about 30 per cent of Americans over the age of 25 have bachelor’s degrees. Jack Metzgar, emeritus professor of humanities at Roosevelt University in Chicago, had a very useful piece in Working Class Perspectives, the blog of the Center for Working Class Studies Site, with this and other useful facts and reflections.

Please note that the latter 69 per cent were therefore free of the one debt in America that’s even more certain than taxes – a students loan. At least, if you’re provably broke the IRS will countenance an “offer in compromise.” In fact they recently made the process slightly easier. No such luck with student loans. The banks are in your pocket till the last dime of loan plus interest has been extorted.

Now for the next dose of cold water. The BLS reckons that by 2020 the overwhelming majority of jobs will still require only a high school diploma or less and that nearly 3/4ths of “job openings due to growth and replacement needs” over the next 10 years will pay a median wage of less than $35,000 a year, with nearly 30 per cent paying a median of about $20,000 a year (in 2010 dollars

As Metzgar correctly remarks, “Put these two sets of numbers together, and it is hard to avoid the conclusion that Americans are over educated for the jobs that we have and are going to have. It’s hard to imagine why anybody would call us ‘a knowledge economy.’” In other words millions of Americans are over-educated, servicing endless debt to the banks and boosting the bottom lines of Red Bull and the breweries.

The snobbery, as Metzgar points out, stems from the fact that America’s endless, mostly arid debates about education are conducted by the roughly one third who are college-educated and have okay jobs and a decent income.

The ”knowledge economy” in the U.S., now needs more than 6 million people with master’s or doctoral degrees now, with another 1.3 million needed by 2020. But this will still be less than 5 per cent of the overall economy.

Even if we expand the definition to include jobs requiring any education beyond high school, the ”knowledge economy” – now and a decade from now -will still represent less than one-third of all available jobs.

This is a lot of jobs, about 44 million now, and if you work and live in this one-third, especially in its upper reaches, more education can seem like the answer to everything.

Indeed, according to the BLS, having a bachelor’s degree should yield a person nearly $30,000 a year more in wages than a high school graduate. But most of the American economy is not like this.

As Metzgar writes, “As an individual, get a bachelor’s Degree or you are doomed to work hard for a wage that will not provide a decent standard of living for a family. You may not get such a wage even with a bachelor’s degree, but without it your chances are slim and getting slimmer.” Here’s his kicker: But as a society, “the best anti-poverty program around” cannot possibly be “a first-class education” when more than 2/3rds of our jobs require nothing like that…we need to stop fostering illusions that good educations can ever substitute for the organized collective action – in politics, in the workplace, and in the streets – that will be required to reverse the increasingly miserable future.”

So what is the best anti-poverty program? Higher wages for the jobs that are out there, currently yielding impossibly low annual incomes. The current American minimum wage ranges between $7.25 and $8.67 per hour. From time to time senior executives of Wal-Mart call for a rise in the minimum wage since, in the words of one former CEO, Lee Scott, “our customers simply don’t have the money to buy basic necessities between pay checks.” The minimum wage in Ontario, Canada, is currently well over $10 per hour, while in France it now stands at nearly $13. Australia recently raised its minimum wage to over $16 per hour, and nonetheless has an unemployment rate of just 5 percent.

Any Republican candidate seriously pledging to raise the minimum wage to $12 would gallop into the White House, unless – a solid chance – he wasn’t shot dead by the Commentariat, or maybe by a Delta team acting on Obama’s determination relayed to him by the bankers, that this constituted a terrorist assault on America. As Ron Unz, publisher of The American Conservative – who favors a big hike in the minimum wage, recently wrote:

“The minimum wage represents one of those political issues whose vast appeal to ordinary voters is matched by little if any interest among establishment political elites. As an example, in 1996, following years of unsuccessful attempts to attract the support of California politicians, disgruntled union activists led by State Sen. Hilda Solis, now serving as President Obama’s secretary of labor, scraped together the funds to place a huge 35 percent minimum wage increase on the state ballot. Once Republican pollsters began testing the issue, they discovered voter support was so immensely broad and deep that the ballot initiative could not possibly be defeated, and they advised their business clients to avoid any attempt to do so, thus allowing the measure to pass in a landslide against almost no organized opposition. Afterward, the free-market naysayers who had predicted economic disaster were proven entirely wrong, and instead the state economy boomed.”

(Reprinted from Counterpunch by permission of author or representative)