Warning: Use of undefined constant NL - assumed 'NL' (this will throw an Error in a future version of PHP) in /var/www/html/higherwages/wp-content/themes/HIGHERWAGES/basic.php on line 30
 The Minimum-Wage Cure for Illegal Immigration - Higher Wages for American Workers


The Minimum-Wage Cure for Illegal Immigration 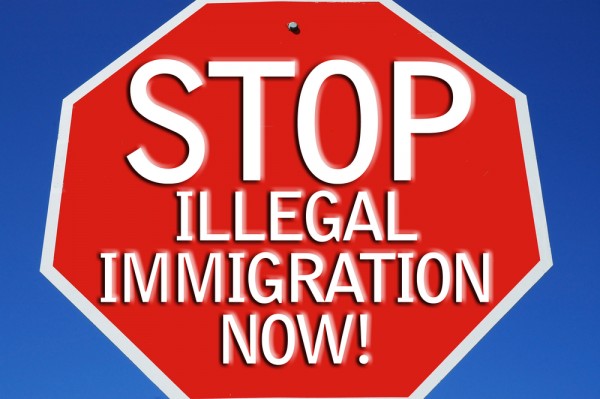 Last week, Ron Unz, a California businessman, submitted a ballot initiative to the California secretary of state that would raise the state minimum wage to $12 an hour in 2016 from the current $8. The federal minimum wage is $7.25.
* * * * *

What is curious about the Unz initiative is that he is a conservative who defends a higher minimum wage on conservative grounds. In an interview with The New York Times, he said it would reduce government spending on welfare. A recent study from the University of California, Berkeley, estimated that welfare benefits for low-wage workers amount to $7 billion a year.More controversially, Mr. Unz also contends that a higher minimum wage would curb illegal immigration. He has made this argument for some years in a variety of liberal and conservative publications.Cleverly, Mr. Unz has turned the principal conservative argument against a higher minimum wage – that it would reduce jobs by making employment more expensive – into a virtue. As he wrote in a 2011 article in The American Conservative magazine, of which he was then the publisher:

The automatic rejoinder to proposals for hiking the minimum wage is that “jobs will be lost.” But in today’s America a huge fraction of jobs at or near the minimum wage are held by immigrants, often illegal ones. Eliminating those jobs is a central goal of the plan, a feature not a bug.

He asserted that those affected would primarily be newly arrived immigrants, those with the weakest ties to American society. Those who have been in the United States for a while, who have mastered English and put down roots, would likely be “grandfathered in” and not lose their jobs.

“In effect, a much higher minimum wage serves to remove the lowest rungs in the employment ladder, thus preventing newly arrived immigrants from gaining their initial foothold in the economy,” Mr. Unz wrote. Once this fact became known, it would discourage low-skilled immigrants from coming in the first place.

Interestingly, liberals have made this same argument. Writing in The New York Times in 2006, the former Massachusetts governor and 1988 Democratic presidential nominee Michael S. Dukakis and Daniel J.B. Mitchell, an economist at the University of California, Los Angeles, also defended a higher minimum wage partially on the grounds that it would disemploy illegal immigrants. As they explained:

If we want to reduce illegal immigration, it makes sense to reduce the abundance of extremely low-paying jobs that fuels it. If we raise the minimum wage, it’s possible some low-end jobs may be lost; but more Americans would also be willing to work in such jobs, thereby denying them to people who aren’t supposed to be here in the first place.

* * * * *
Bruce Bartlett held senior policy roles in the Reagan and George H.W. Bush administrations and served on the staffs of Representatives Jack Kemp and Ron Paul. He is the author of “The Benefit and the Burden: Tax Reform — Why We Need It and What It Will Take.”
READ MORE
• Category: Campaign, National, Notable • Tags: Major Item, Bruce Bartlett, Immigration