Warning: Use of undefined constant NL - assumed 'NL' (this will throw an Error in a future version of PHP) in /var/www/html/higherwages/wp-content/themes/HIGHERWAGES/basic.php on line 30
 The Conservative Case for a Higher Minimum Wage - Higher Wages for American Workers


The Conservative Case for a Higher Minimum Wage 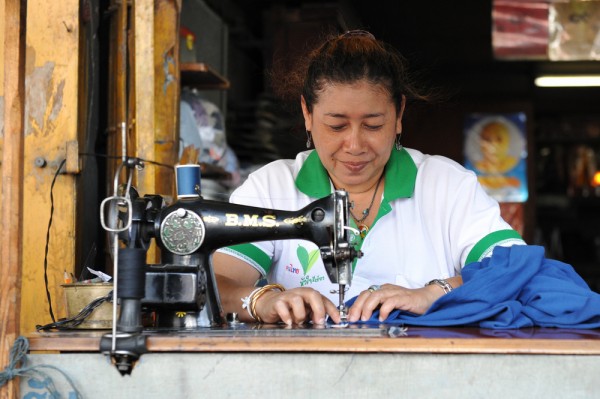 Over the last couple of months the minimum wage has moved into the political headlines, but most of the arguments for raising it have come from liberals. That’s fine, but since I’m not a liberal, I’d rather focus on the conservative reasons for supporting a much higher minimum wage, which are just as compelling.

Each year the American government spends over $250 billion on social welfare programs for the working-poor, individuals who have jobs but can’t survive on their wages. This funding represents a hidden government subsidy to low-wage businesses, allowing them to shift the burden of their low-wage employees over to the taxpayer.

A much higher minimum wage would force these businesses to stand on their own two feet and cover the costs of their own workers. Once those workers were no longer so poor, they would automatically lose eligibility for many anti-poverty programs, saving the government huge amounts of money. For example, establishing a $12 per hour minimum wage in California would save American taxpayers billions of dollars each year.

There’s no such thing as a free lunch and if a higher minimum wage dramatically raises the incomes of millions of American workers and saves taxpayers many billions of dollars in social welfare costs, someone somewhere must be paying the bill.

The low-wage jobs impacted are generally in the non-tradeable service sector, so very few of them can be outsourced and they are very difficult and expensive to automate. The workers would keep their jobs at much higher pay, while their employers would simply pass along most of the increased labor costs to their customers in the form of higher prices. But the resulting price hikes would be so small that most consumers probably wouldn’t even notice them.

For example, Walmart is America’s largest low-wage employer, and Walmart could accomodate a $12 per hour minimum wage by a one-time price hike of just 1.1%, costing their typical shopper an extra $12.50 per year. The cost of a McDonalds cheeseburger would increase by only a dime to cover the extra labor costs and the grocery prices of American-grown agricultural products would rise by less than 2%. Across all goods and services, prices would increase by an average of less than one percent, one time.

Meanwhile, a $12 minimum wage would boost the incomes of low-wage households by around $150 billion per year, and those are the households that spend every dollar they earn. Their additional dollars would go right back to Walmart, McDonalds, and all our other businesses, providing a huge fiscal stimulus funded entirely by the private sector. Over the last few years, the consumer spending that drives our economy has lagged, preventing our economic recovery from really taking hold, and a big minimum wage hike would help solve that problem.

I think that raising the American minimum wage to $12 per hour would probably be one of the best things that ever happened to Walmart and many of our other large retailers.

During the 2012 presidential election, Republican Mitt Romney was vilified for pointing out that 47% of voters pay no income taxes and therefore aren’t attracted to the conservative message of making government more efficient and cutting taxes. He had a point. But a big minimum wage hike would go a long way toward solving that political problem by turning many millions of net tax recipients into net tax payers.

If the minimum wage were raised to $12 per hour, every full-time worker would be earning at least $25,000 per year, with $50,000 for a couple. At those income levels, most workers would be paying taxes to the IRS while also losing their eligibility for many government programs. Once such voters are sending checks to the government rather than receiving them, they would become much more receptive to the political themes of the GOP.

According to the PewResearchCenter, there are around 11 million illegal immigrants in America and almost all of them came here for jobs. Business lobbyists and many Republican politicians claim that nothing can be done about illegal immigration because “they take the jobs that Americans won’t.”

They’re right about that, but the reason Americans won’t take those jobs is that the wages are just too low. Often the only workers willing to accept such poverty-level wages are recent border-crossers, desperate for work at any pay. If the minimum wage were raised to $12 per hour, many Americans and legal immigrants would apply for those same jobs, reducing the pressure on businesses to violate our immigration laws by hiring workers who shouldn’t be here in the first place. And once the magnetic lure of jobs disappeared, illegal immigration would be greatly reduced.

These days too many Establishment Republicans have suggested that the solution to America’s poverty problem is more welfare spending. A few weeks ago former Reagan economic advisor Martin Feldstein took to the op-ed pages of the Wall Street Journal to argue that our government should merge wages and welfare into a single, seamless system aimed at eliminating poverty. The favored solution of all these Republicans is a large increase in the Earned Income Tax Credit (EITC), which is just a welfare program, in which the government sends checks to poor families in order to make them somewhat less poor.

Meanwhile, most Democrats are supporting a much higher minimum wage, which would automatically cut EITC welfare spending.

Conservatives for a Higher Minimum Wage

For years I’ve joked with my friends that the conservative case for raising the minimum wage is so overwhelmingly strong that I’m worried liberals might eventually change their minds on the issue and begin advocating a cut in the minimum wage.

Over the last few weeks prominent conservatives such as Phyllis Schlafly and Bill O’Reilly have endorsed a much higher minimum wage and a leading economic writer at National Review did the same several months ago. The Daily Caller, one of the most widely read conservative publications, recently ran a 2,500 word article highlighting all the important conservative reasons for supporting a minimum wage hike, and numerous rightwing pundits have been saying the same things on their websites for the last couple of years. I’m very glad that more and more conservatives are now coming around to supporting the conservative side of this issue, joining liberals who are supporting a wage hike for all sorts of liberal reasons.

In the past, divisive partisan politics has done a great deal of damage to California, and we would all benefit from finding a political cause that could unite all Californians. I hope that liberals and conservatives, Democrats and Republicans could come together in a bipartisan coalition to support raising our minimum wage to $12 per hour.

(Reprinted from Fox & Hounds Daily by permission of author or representative)