Warning: Use of undefined constant NL - assumed 'NL' (this will throw an Error in a future version of PHP) in /var/www/html/higherwages/wp-content/themes/HIGHERWAGES/basic.php on line 30
 No Immigration Amnesty Without a Minimum Wage Hike - Higher Wages for American Workers


No Immigration Amnesty Without a Minimum Wage Hike 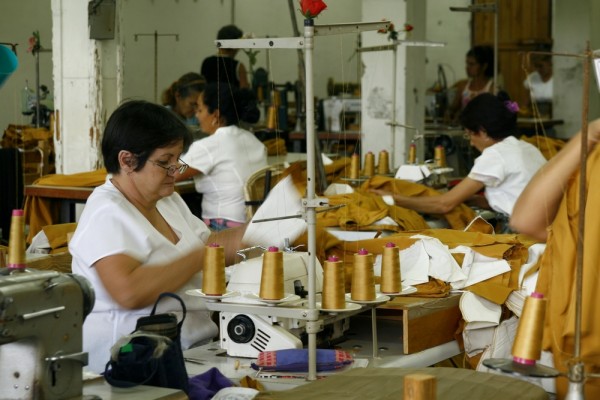 Congress is currently considering bipartisan legislation providing an amnesty for America’s 11 million illegal immigrants, probably combined with extra visas for skilled workers and an agricultural guestworker program. But principled liberals and conservatives should both demand that any immigration reform proposal also include a sharp rise in the federal minimum wage.

The reason is simple. Any increase in the supply or job mobility of willing workers will tend to benefit Capital at the expense of Labor, stifling any growth in working-class wages, especially given our high unemployment rates. The last 40 years have seen a huge increase in immigration, and it is hardly coincidental that median American wages have been stagnant or declining throughout most of this same period. A large boost in the minimum wage, perhaps to $12 an hour or more, would be the best means of reversing our current economic race to the bottom.

American businesses can certainly afford to provide better pay given that corporate profits have reached an all-time high while wages have fallen to their lowest share of national GDP in history. Furthermore, the overwhelming majority of our lowest paying jobs are in the non-tradeable service sector, rendering them immune from foreign competition. A major factor keeping wages low has been the large annual influx of new immigrant labor, which steadily reduces the bargaining power of existing workers, especially including all previous immigrants. Only the power of the federal government can halt this downward spiral into national impoverishment for most Americans by setting a reasonable floor on wages.

Under the amnesty proposals being discussed, millions of workers at the bottom of the economic ladder would be able to regularize their status and become secure enough to seek better and higher-paying employment. But if nothing is done to improve the wages of their current jobs, these would remain unattractive to legal U.S. residents and act as a magnetic lure for new waves of impoverished border-crossers, eager to gain an initial foothold in the American economy. This exact process occurred following President Ronald Reagan’s amnesty of 3 million illegal immigrants in 1986, and new arrivals might hope to benefit from some future amnesty.

Politicians may promise better border security and tighter employer safeguards, but these same promises were made and broken in 1986. Given powerful economic incentives for both business owner and illegal worker, laws are often circumvented or ignored.

The best means of discouraging employers from hiring illegal workers is to make their jobs sufficiently attractive to draw legal applicants, and this can only be done by raising pay to reasonable levels. So long as federal law requires all competing businesses to raise wages in unison, much of this cost could be covered by a small one-time rise in prices. Since the working-poor would see their annual incomes rise by 30 or 40 percent, they could easily afford to pay an extra dime for a McDonalds hamburger, while such higher prices would be completely negligible to America’s more affluent elements.

Critics of a rise in the minimum wage argue that jobs would be destroyed, and in some cases they are probably correct. But many of those threatened jobs are exactly the ones that should have no place in an affluent, developed society like the United States, which should not attempt to compete with Mexico or India in low-wage industries. The only reason that American sweatshops survive is that they rely upon an undocumented labor force, and eliminating such jobs is a feature not a bug.

Our federal and local governments currently spend vast sums of money subsidizing the social benefits and living standards of our working-poor, including mailing them checks via the refundable Earned Income Tax Credit (EITC). These expenditures constitute an enormous corporate welfare program in which businesses obtain the full value of their low-paid workforce while shifting much of the cost onto the general taxpayer, a classic example of economic special interests privatizing their profits and socializing their costs. Private sector employers should cover the expenses of their own workers rather than force middle-class taxpayers to pay the tab.

The political elites of both the Democratic and Republican parties have united behind immigration reform. Ordinary Americans, Democrat and Republican, immigrant and native-born, should demand that a large rise in the federal minimum wage be included as part of any package deal.

(Reprinted from Salon by permission of author or representative)