Warning: Use of undefined constant NL - assumed 'NL' (this will throw an Error in a future version of PHP) in /var/www/html/higherwages/wp-content/themes/HIGHERWAGES/basic.php on line 30
 How California Can Raise All Boats - Higher Wages for American Workers

How California Can Raise All Boats

Lifting Our State Above Mississippi and Alabama
By Ron Unz • The Los Angeles Times • January 5, 2014 • 900 Words 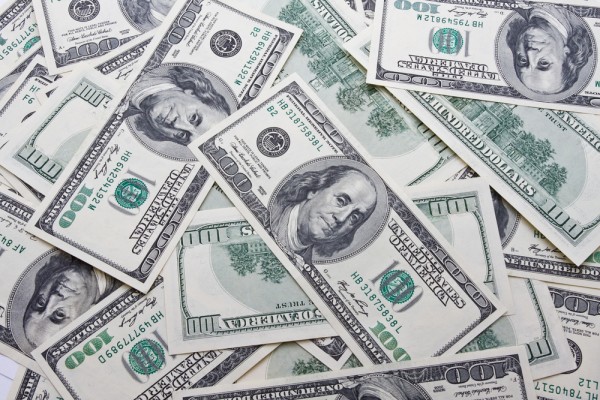 California is home to both Silicon Valley and Hollywood, two of the world’s greatest wealth-producing engines, and much of the state enjoys tremendous affluence. By some estimates, my own town of Palo Alto has the world’s highest per capita concentration of billionaires.

Such extreme contrasts of wealth and poverty are not only morally troubling; they might also eventually lead to the sort of social conflict and political instability that could destroy the state.

A few months ago, the Legislature passed a minimum-wage hike that will raise the rate to $10 an hour by 2016. That’s commendable, but it’s not enough. In 1968, at the height of California’s postwar prosperity, the minimum wage was the equivalent of more than $10.50 in today’s dollars, and worker productivity has doubled since then.

MIT’s Living Wage Project has estimated that an adult in California today must earn one-third more to achieve the same living standard as someone in Mississippi or Alabama. Given these realities, even a boost to $10 an hour will barely raise the incomes of minimum-wage workers in California to the level of their counterparts in the poorest parts of the Deep South. California can do better than Mississippi.

That’s why I’m working to place the “Higher Wages for California Workers” initiative on the November 2014 ballot, a proposal to raise the state’s minimum wage to $12 an hour.

This isn’t an outrageous figure. Many other developed countries around the world, including France and Canada, have national minimum wages far above America’s, and Australians enjoy a minimum wage of about $16 an hour, along with 5.8% unemployment.

A $12 minimum wage would boost the incomes of one-third of California’s wage earners, with the average increase being in the $5,000 range for a single full-time worker, or $10,000 for a couple. These dollar amounts are large enough to lift millions of working families out of poverty.

The primary argument against a higher minimum wage is the risk of substantial job loss in the state, but this seems wildly exaggerated. The vast majority of California’s low-wage workers are employed in the service sector or in agriculture, which means their jobs can’t be sent offshore. And most service jobs also involve the sort of direct personal contact that is very costly and difficult to automate.

Californians don’t have to look far to see what raising the minimum wage will and won’t do. In 1996, California voters overwhelmingly passed Proposition 210, raising the state minimum wage 35%. Critics at the time warned that unemployment would skyrocket and the state’s economy would be devastated. Instead, California unemployment dropped from 7.3% to 4.9% during the four years that followed, and the economy boomed.

Another objection often leveled by critics of raising the minimum wage is that it would cause prices to rise. That’s true. But the consequences wouldn’t be disastrous. In the first place, businesses wouldn’t be threatened because their competitors would be facing the same situation. And most of the resulting price increases would be insignificant.

Mandating a $12 hourly wage for farmworkers would also be inexpensive, with the consumer prices of U.S.-grown agricultural products rising less than 2%.

All of these price increases would be one-time events, eliminating any risk of triggering an inflationary spiral. Affluent Californians would probably not notice the difference, while the 20% or 30% wage gains for most low-income families would allow them to easily cover these small price hikes.

A $12 minimum wage would increase the incomes of working-class Californians by more than $15 billion a year. And because the increased wages would go to households that tend to spend every dollar they earn, the proposal would represent a large and ongoing economic stimulus package, helping to revive the consumer spending that drives the economy, but with the funding coming entirely from the private sector.

Taxpayers would also be huge beneficiaries of this policy. Poor California households currently receive more than $35 billion annually in social welfare spending, and almost two-thirds of that goes to working poor families. Lifting these working families out of poverty would sharply reduce their eligibility for such programs, saving American taxpayers billions of dollars each year.

The current system provides huge hidden subsidies for low-wage businesses, allowing them to transfer much of the ordinary living expenses of their struggling employees to the government and the taxpayer. A decent minimum wage would force these businesses to stand on their own two feet and pay the costs of their own workers.

It’s a simple idea, one that should be endorsed by all principled conservatives and free-market advocates.