Can Right and Left Rally Against Walmart? 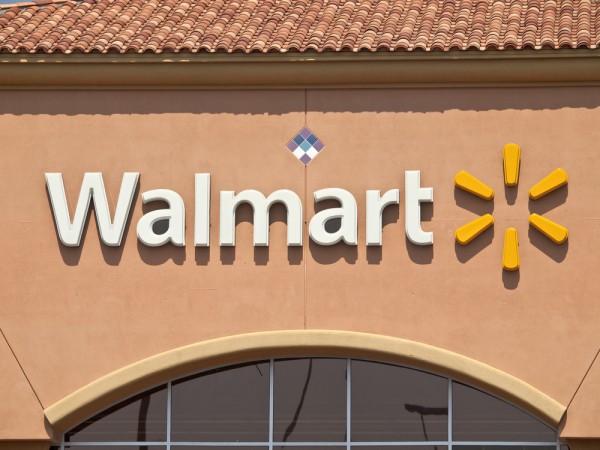 One of the most profitable corporations in America is having a holiday food drive. Sounds good — it’s the least Corporate America can do for those struggling to make ends meet while big companies rake in record profits and give so little back. But wait… there’s a catch. The food drive is for the company’s own underpaid, poverty-stricken workers. You really can’t make this stuff up.

Last week, it was reported that a Walmart store in Canton, Ohio is asking for food donations for its own employees. Photos of the food donation bins circulated online showing signs that read: “Please donate food items here so associates in need can enjoy Thanksgiving dinner.” (That’s if they even have a chance to — Walmart stores are open on Thanksgiving and are beginning their “Black Friday” deals at 6 p.m. on Thanksgiving Day to get a jump on the holiday shopping madness.)

Walmart is America’s largest employer with a workforce consisting of 1.3 million “associates.” The company made nearly $17 billion in profit last year. So why can’t Walmart afford to pay its own store workers enough for them to enjoy a holiday meal with their families? The answer is Walmart doesn’t really care about its workers.

If the Walmart food donation drive doesn’t get you properly steamed, then consider that Walmart CEO, Mike Duke, makes approximately $11,000 an hour — he took home about $20.7 million last year, plus ample benefits. Still not mad? It has also been recently been reported that Duke has a retirement package worth more than $113 million! That is 6,200 times larger than the average 401k savings of a non-executive level Walmart employee! (Check out this recent report which charts other massive CEO pensions in relation to those of average workers)

One final fact to really get your dander up — The Walton family, heirs to the Walmart fortune, have accumulated more financial wealth than the entire bottom 40 percent of the population of the United States or 313 million Americans. That’s six Waltons worth a combined $102.7 billion!

No matter what one’s political leanings may be, the problem of massive income inequality and insatiable corporate greed is worsening year-by-year as CEO salaries rise, overall corporate profits soar and worker salaries stagnate. Liberal or conservative–all Americans should be outraged by this trend.

I recently wrote to conservative anti-tax advocate Grover Norquist to bring both sides of the political spectrum together on this troubling issue. In the past, Mr. Norquist and I have backed popular, reasonable policies, such as putting the full text of government contracts online, rolling back corporate welfare and opposing the civil liberties restrictive Patriot Act. As someone who claims to care about taxpayer protection, the issue of poverty-level wages and their major effect on taxpayers should be an important issue for Mr. Norquist.

Here’s why — low wages at the 10 largest fast food chains cost taxpayers $3.8 billion per year. Fifty-two percent of families of fast food workers have to rely on government assistance. McDonald’s’ “McResource” help line goes so far as to advise workers who cannot make ends meet from their poverty-level wages to sign up for government food stamps and home heating assistance. Is it fair that taxpayers have to shell out $1.2 billion a year to subsidize McDonald’s paying its workers while the fast food giant rakes in $5.5 billion in profit?

Walmart is even worse — according to a study from the Democratic staff of the House Committee on Education and the Workforce study, a single Walmart Supercenter store in Wisconsin can cost taxpayers upwards of $1.75 million in public assistance programs. If taxpayers have to cover over $1 million for just one 300-employee superstore, consider how much Walmart is costing taxpayers each year at their 4,135 stores in the United States. According to the 2012 “Walmart Associate Benefits Book”, which is distributed to employees, the company also advises its workers about getting on public assistance. Is this a fair or reasonable burden on taxpayers as Walmart reports $17 billion in profits?

Over the past five years, Walmart has had enough excess funds to buy back billions in its own stock. Walmart reportedly spent $7.6 billion last year buying back its shares. These funds are enough to raise the salaries of the lowest paid workers by $5.83 an hour. Catherine Ruetschlin, policy analyst at Demos, stated in a recent release: “These share repurchases benefit an increasingly narrow group of people, including the six Walton family heirs. But buybacks do not improve the fundamentals of the firm. If the funds were used to raise the pay of Walmart’s 825,000 low paid workers, it would not harm the retailer’s competitive ability and would add no cost to the consumer.”

(See the recent report from Demos titled: “A Higher Wage is Possible”)

The quickest way to lessen reliance on food stamp, EITC and Medicaid outlays is to raise the federal minimum wage. Raising the wage has the backing of 80 percent of Americans, 69 percent of Republicans, and even writers from The National Review and The American Conservative magazines. So why isn’t their more rage from the other end of the political spectrum? Even Rick Santorum and Mitt Romney supported raising the minimum wage to keep up with inflation — at least until Mitt Romney flip-flopped on the issue during the 2012 election.

The support of Grover Norquist and the Congressional followers of his no-tax pledge would be a significant boost for 30 million struggling workers who make less today than workers made in 1968, inflation adjusted. With a doubling in both worker productivity and the cost of living, there is no excuse for such a decline in their livelihoods.

Mr. Norquist, join this fight to protect taxpayers. Underpaid workers (who are also taxpayers) and their families need your support.

Ralph Nader is a consumer advocate, lawyer and author of Only the Super-Rich Can Save Us! He is a contributor to Hopeless: Barack Obama and the Politics of Illusion, published by AK Press. Hopeless is also available in a Kindle edition.

(Reprinted from Counterpunch by permission of author or representative)